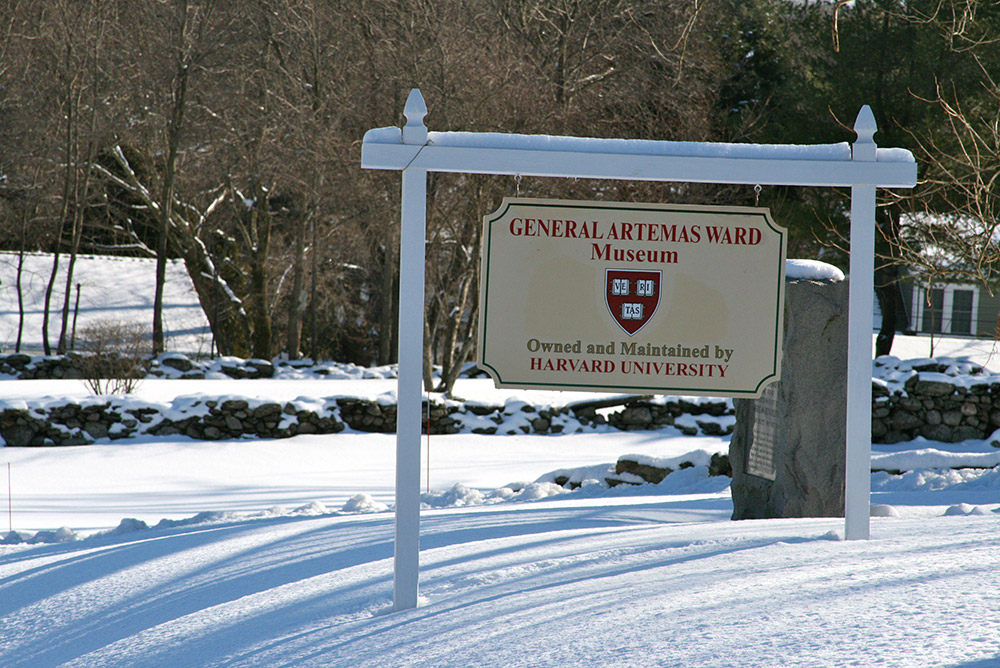 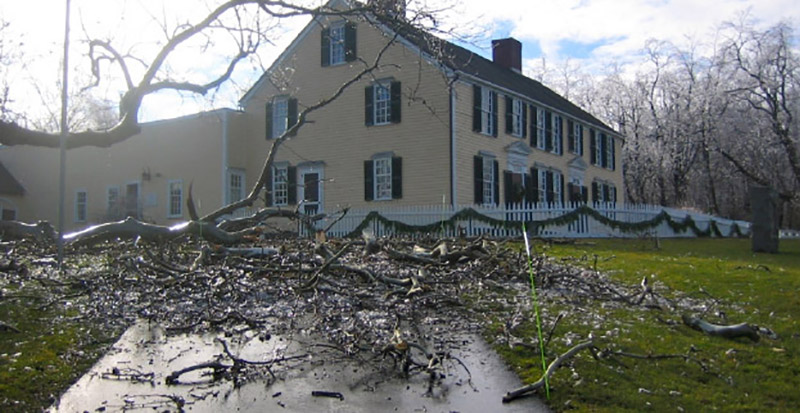 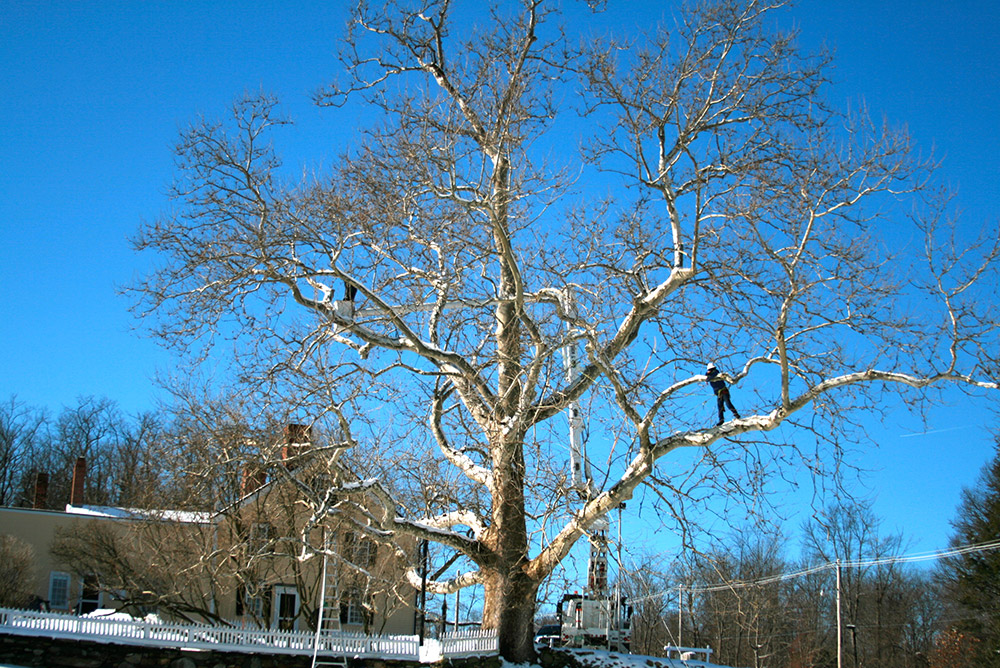 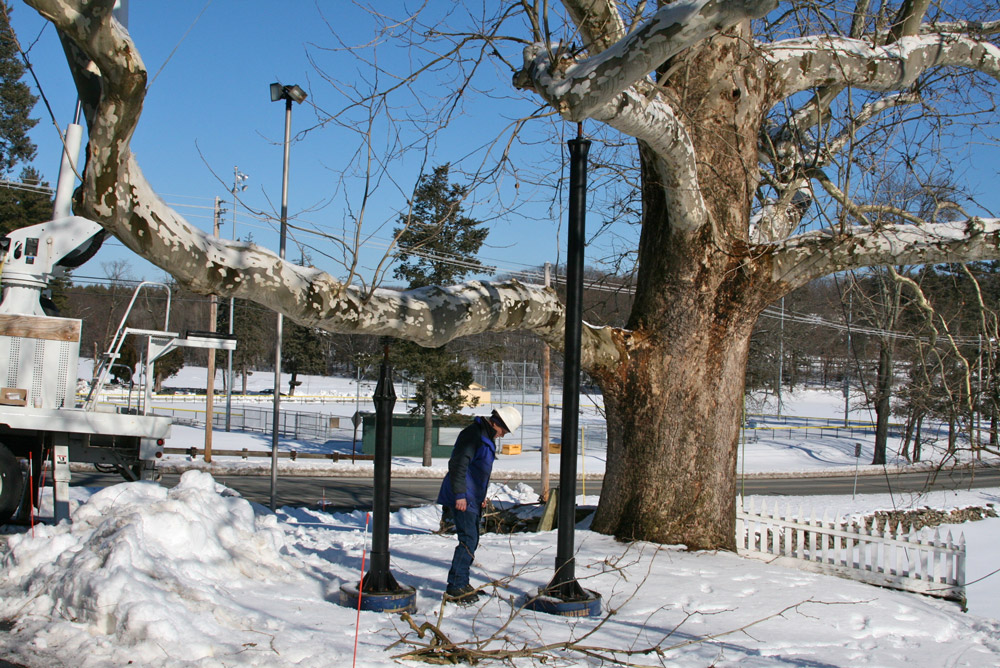 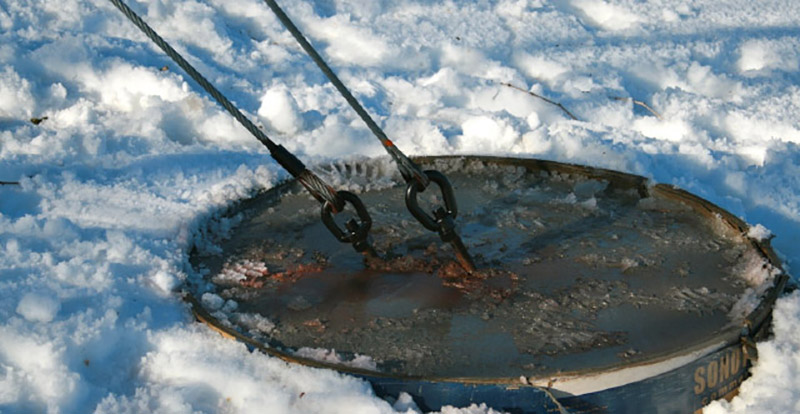 The tree was damaged during an ice storm in 2011, when a large portion of the crown fell within close proximity to the Artemus Ward museum building; due to safety concerns, the tree was scheduled to be removed. Treeworks was contacted by Harvard University and asked to give a second opinion. Using a Resistograph, our experts discovered that the tree—50 inches in diameter—had a hollow center that was 30 inches in diameter (an alarming ratio). Owing to the significant historical value of the tree, preservation became an immediate priority. Our experts designed a system that would support the main structure of the tree while protecting the integrity of the adjacent museum. Two custom made support columns were installed, held in place with concrete footings. Two safety cables, attached to a 20,000 pound concrete anchor, were utilized along the lower and uppermost sections of the trunk. The angle of the support system was specifically designed to rotate the tree away from the museum, in the unlikely event of a catastrophic failure.